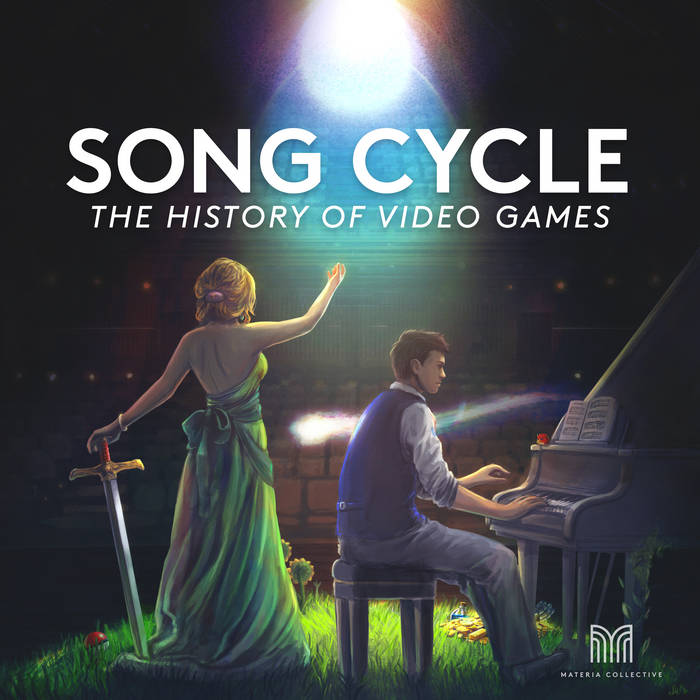 SONG CYCLE: The History of Video Games takes you on a musical journey through iconic moments in video game history!

Each track comes from a well-loved video game, including PONG, Tetris, Super Mario Bros., World of Warcraft, BioShock, Pokémon, Final Fantasy, Chrono Trigger, Angry Birds, UNDERTALE, and Grim Fandango, among others. Members of the Materia Collective have collaborated to write original lyrics and arrange the source material for live performance by a solo vocalist and piano accompaniment.

Beyond its value as a standalone album, SONG CYCLE is intended to add to the performance repertoire for classically trained singers, especially those studying in conservatories. A second "karaoke" version of the album features the instrumental music without vocals, so that singers can perform the music themselves.

Four tracks are also available as professionally engraved sheet music, with more to follow. Both albums and all sheet music available for purchase are fully licensed.

"Song Cycle: The History of Video Games" was made possible by the following individuals:

For complete credits and information about this release, please visit Materia Collective: www.materiacollective.com/music/song-cycle-the-history-of-video-games