PATTERN: An Homage to Everybody's Gone to the Rapture 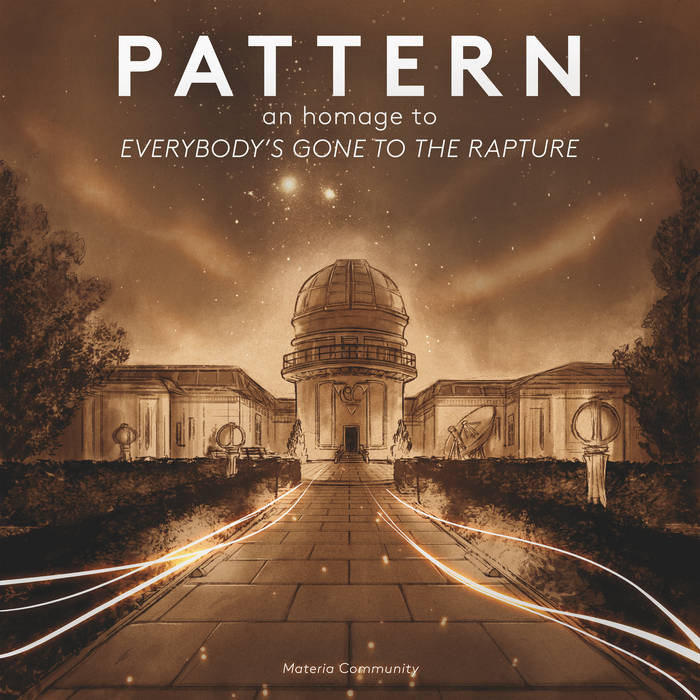 The members of the Materia Community are beyond thrilled to announce “PATTERN: An Homage to Everybody’s Gone to the Rapture”.

Sebastian Wolff and Jacob Pernell, co-producers of “PATTERN”, were blown away by the breathtaking elegance of Jessica Curry’s score and were inspired to pull together the talents of the Materia Community to pay tribute her music.

Jacob, Sebastian, and the artists who contributed to the album all agree - *Everybody’s Gone to the Rapture* was one of the most beautiful pieces of art that they experienced in a very long time. Jessica Curry’s score was written with such a beautiful grace that it touched the artists of Materia Collective incredibly deeply. When Jacob and Sebastian learned they could create an homage album, they begun work on it without hesitation. This album contains everything from jazz/funk fusion covers, to solo piano pieces, to an original choral piece inspired by the soundtrack.

"PATTERN: An Homage to Everybody's Gone to the Rapture" was made possible by the following individuals:

For complete credits and information about this release, please visit Materia Collective: www.materiacollective.com/music/pattern_everybodys_gone_to_the_rapture