OMEGA: A Tribute to Xenogears 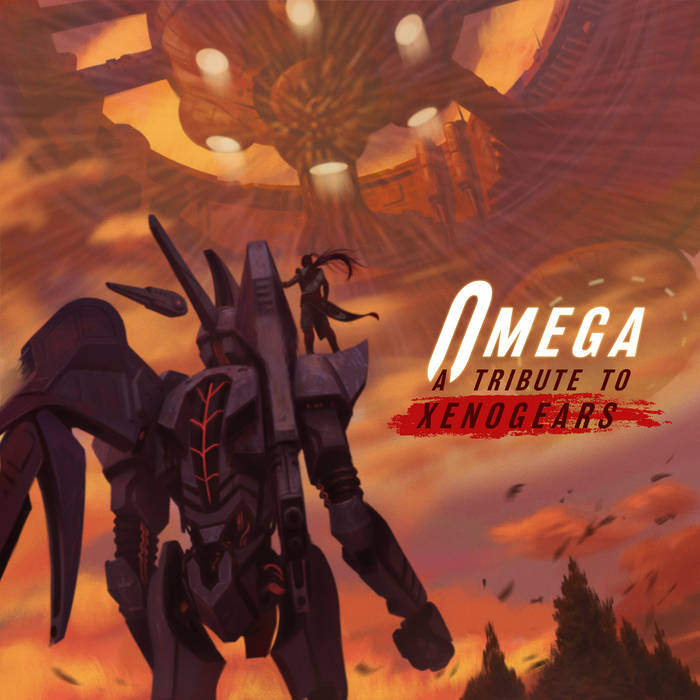 levibechtold This album is magical. Every track more emotional than the last and what a great way to show love for a classic RPG! Favorite track: Stand Tall and Shake the Heavens.

MischievousLittleImp The soundtrack of Xenogears is great and this album managed to make it even better! Favorite track: Those Who Went Above the Ground.

blacksmithgalaxy777 If you love mitsuda San, this is a must have.
Will forever support Mitsuda san on his musical endeavor!
BUY THIS!

Riven A jaw-droppingly beautiful tribute to my favorite JRPG of all time! Please don't pass this up if you love Xenogears or its brilliant soundtrack! Favorite track: You Shall Be As Gods.

paradoxpersona A truly magnificent and creative tribute to one of my favorite games ever. Going the extra mile to arrange the entire soundtrack makes this a listening experience that is simply breathtaking. Favorite track: Canção do Vento.

tsukaniki Such a great game... Soooo many lovely musics!
This album is really a tribute to all of this, and what a tribute!
No one should miss it, it is like the original game, a Masterpiece. Favorite track: KIZUNA.

Xenogears was released for Playstation by Squaresoft on February 11th, 1998 in Japan, with a North American release on October 20th of the same year. The story follows the protagonist Fei Fong Wong, who suffers from amnesia and is haunted by mysterious and often troubling flashbacks of his past lives. Xenogears’ storyline was quite controversial at the time of release due to its focus on topics such as religion, subjugation of people, classism, racism, and the horrors of war. Underlying its structure were the ideas of Jungian psychology; the id, ego, and superego from the Freudian structural model of the psyche; the philosophical ideas from Nietzsche; and the psychoanalytical theories of Karen Horney.

The music of Xenogears, entirely composed by Yasunori Mitsuda, perfectly reflects these heavy ideas and themes, while still providing a plethora of fun and beautiful compositions to represent the people and places of its world. Xenogears Original Soundtrack was released on March 1st, 1998, with 44 tracks spread across two discs. The music of Xenogears covers numerous styles, including Celtic, Arabic, folk, and religious. There are also two songs featuring Celtic vocalist Joanne Hogg, as well as choral work performed by The Great Voices of Bulgaria. The whole soundtrack is brimming with catchy, timeless, and unforgettable melodies that immediately pull you back into the game's world. However, even for those who haven’t played the game, this music is masterfully composed and can be appreciated by all.

For OMEGA: A Tribute to Xenogears, the Materia Collective community came together in full force to pay tribute to one of the finest RPG soundtracks ever made. Over 130 arrangers, musicians, vocalists, lyricsts, mixing engineers, mastering engineers, translators, and engravers worked together to cover all 44 tracks from the original soundtrack. OMEGA features a diverse range of instrumentation and styles, from solo piano to full orchestra; guitar and mandolin duet to an enormous choir just to name a few. We put our hearts and souls into this album, and we hope we have made a fitting tribute to a soundtrack that has meant so much to so many people since it was released twenty years ago.

"OMEGA: A Tribute to Xenogears" was made possible by the following individuals:

XENOGEARS is property of Square Enix. Musical compositions are © Square Enix under license to Warner/Chappell Music and are used with permission. Materia Collective LLC and respective artists on this album are in no way affiliated, associated, authorized, endorsed by, or in any way officially connected to Square Enix with respect to this album. Sound Recordings are © 2018 their respective artists under exclusive license to Materia Collective LLC. All rights reserved.

For complete credits and information about this release, please visit Materia Collective: www.materiacollective.com/music/omega-a-tribute-to-xenogears